A night to recognise and reward exceptional customer service and business excellence and to celebrate with our local businesses and their employees.

After a couple of false starts, the Chamber of Commerce & Industry Customer Service & Business Awards went off with a bang on Saturday 26th February 2021. Originally planned for October last year, the Awards were postponed until November before being rescheduled to February. Fortunately COVID restrictions were lifted allowing a full house & plenty of dancing.

Hundreds of nominations were received from the public between July & September before the mystery shoppers selected 5 finalists in each category. Then the winners and highly commended were decided.

The theme for the night was the 1940’s decade. A year that started with the war, then suffered the depression and housing shortages. By the end of the decade there was fresh hope for a brighter future with the first Holden rolling off the production line. The similarities to what we have been going through recently with fires, floods and the pandemic were highlighted.

The grand old Bega Showground was transformed into a spectacular period venue. Kelly Eastwood provided a fabulous meal and entertainment was by The Bega Brass Band, Matt Preo & Kitty Kat and the Band of Thieves.

Congratulations to all of the finalists and our winners. A huge thank you to our sponsors who make it possible to stage this event. 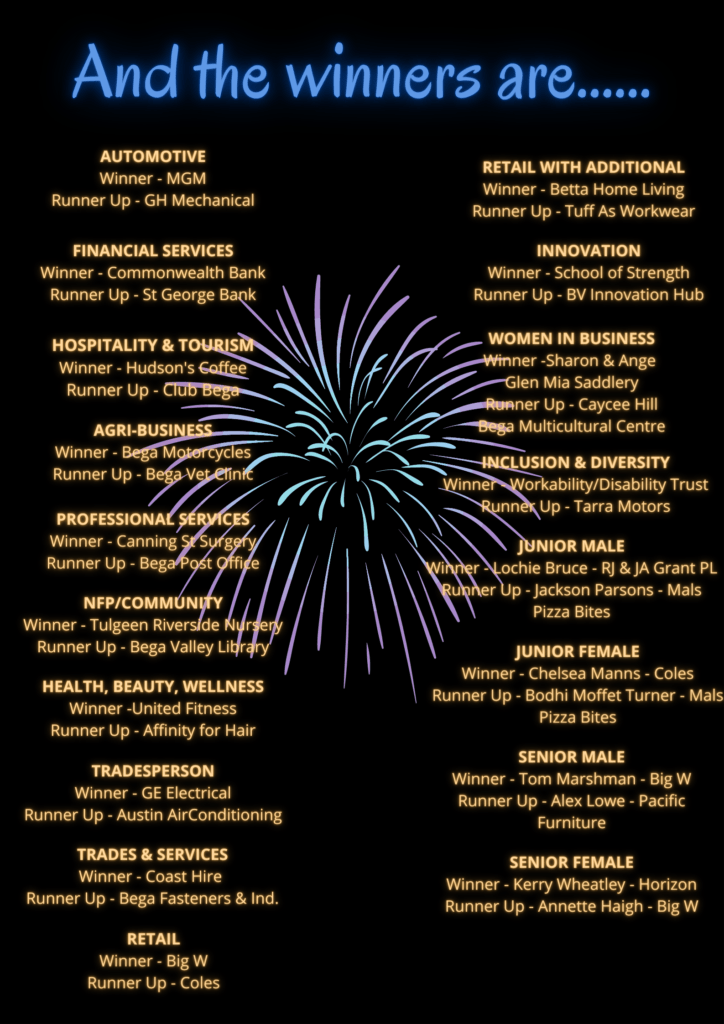 Fill in the form below to reserve your spot.​